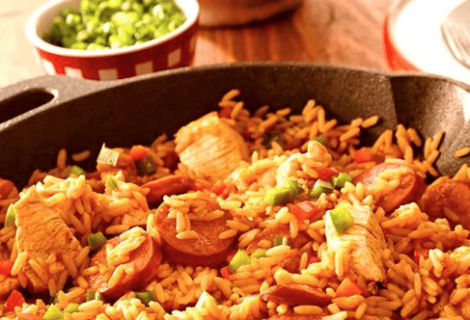 The Big Easy is a veritable paradise for foodies. A list of delicious things to do in New Orleans could go on forever, so we had a seriously hard time narrowing it down. After much deliberation, here are our favorite spots to discover dining nirvana, plus a few ideas for eating your way through what just might be America’s most mouthwatering city.

JAZZ BRUNCH AT THE COURT OF TWO SISTERS

Any true foodie understands the importance of brunch, and the legendary Court of Two Sisters boasts one of the most tantalizing and lavish midday buffets to be found in the French Quarter—or, for that matter, all of NOLA. Help yourself to a massive spread featuring a whopping 80 dishes and Cajun-Creole delicacies like duck à l’orange, spicy shrimp étouffée, and turtle soup. While you’re feasting in the vine-draped courtyard, the notes of live jazz float through the air, creating an atmosphere so idyllic you’ll want to sit there forever—and go back for seconds.

Its name—French for pig—gives you a hint of what this southern cooking joint is all about. Selections like the fried boudin with pickled peppers and the Louisiana cochon (a take on suckling pig) showcase their house-made charcuterie, but small plates like the wood-fired oysters slathered with chili garlic butter prove that this restaurant also serves up some of the most irresistible seafood in NOLA. Make sure to save room for down-home desserts, which range from strawberry oatmeal pie to banana pudding with house-made nilla wafers and toasted meringue. 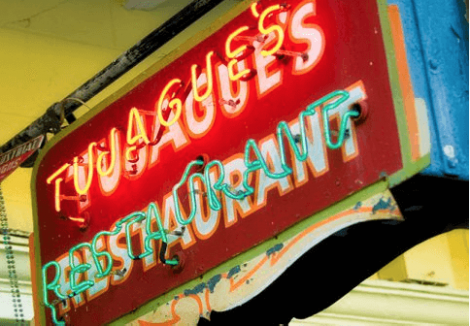 A culinary landmark in the French Quarter for 160 years, New Orleans’ second-oldest restaurant Tujague’s continues to delight with the traditional Louisiana dishes that first put it on the map back in 1856. Bring your appetite for a dinner extravaganza of 4 courses, starring old-school recipes like zesty shrimp remoulade and juicy beef brisket topped with Creole horseradish. End on a decadent note with a slice of grasshopper cheesecake, inspired by the famous minty cocktail that reputedly was invented here.

Hop on a food tour from Taste of Nawlins and let a local introduce you to some of the most delicious spots to discover the city’s Cajun and Creole culinary influences. Head to Oceana Grill for tastes of hearty gumbo with crab legs, and step into history-filled Antoine’s to try the original oysters Rockefeller, baked with a secret buttery, herb-filled sauce that countless chefs have attempted to replicate. Afterward, mosey over to the restaurant’s more casual Hermes Bar for a classic Ramos gin fizz or a French 75.

No trip to NOLA would be complete without a taste of the fried, sugary goodness known as beignets, and Café du Monde proves again and again that it deserves every bit of the hype. Their simple, straightforward menu has barely changed since they opened their doors in 1862—just the square, French-style donuts served piping hot, smothered with powdered sugar, and accompanied with chicory-blended coffee. Add heated milk to your coffee and make it a café au lait, or order it black and just enjoy the chocolatey taste of the chicory. While you’re chowing down, powdered sugar is guaranteed to get everywhere, but these pillowy pastries are so lip-smackingly good, you won’t even care.

Join a local chef from New Orleans School of Cooking for a fun-filled demonstration on recreating New Orleans’ signature recipes in your own kitchen. Watch your talented host show you the secrets of classic dishes like yam and crab bisque, perfectly cooked crawfish, red beans and rice, and flambéed bananas foster. At the end of the demonstration, dig into the meal just prepared for you and leave with a handful of new recipes to indulge your inner foodie back home.

Once one of the city’s most elegant restaurants and closed in 1994, the historic Caribbean Room has been reopened and given new life by renowned chefs John Besh and Chris Lusk. Beautiful wood paneling and island murals channel the elegance of yesteryear, but the new incarnations of old menu favorites like red snapper Pontchartrain with hollandaise sauce and the signature Mile High Pie make this nostalgic spot a fresh addition to the NOLA dining scene.

TURKEY AND THE WOLF

Proving that you don’t have to break the bank for an outstanding meal in a city where dining can easily get pricey, Turkey and the Wolf serves up the imaginative sandwich creations of chef Mason Hereford in a colorful, graffiti-covered space. Playful, unfussy standouts like the fried bologna with hot English mustard and the meatloaf sandwich with gravy mayo have earned this joint a nomination from James Beard, but their non-sandwich selections are also not to be missed. Try the deviled eggs with fried chicken skins, and finish off with the vanilla soft serve topped with tahini and date molasses.

What are your favorite foodie things to do in New Orleans?